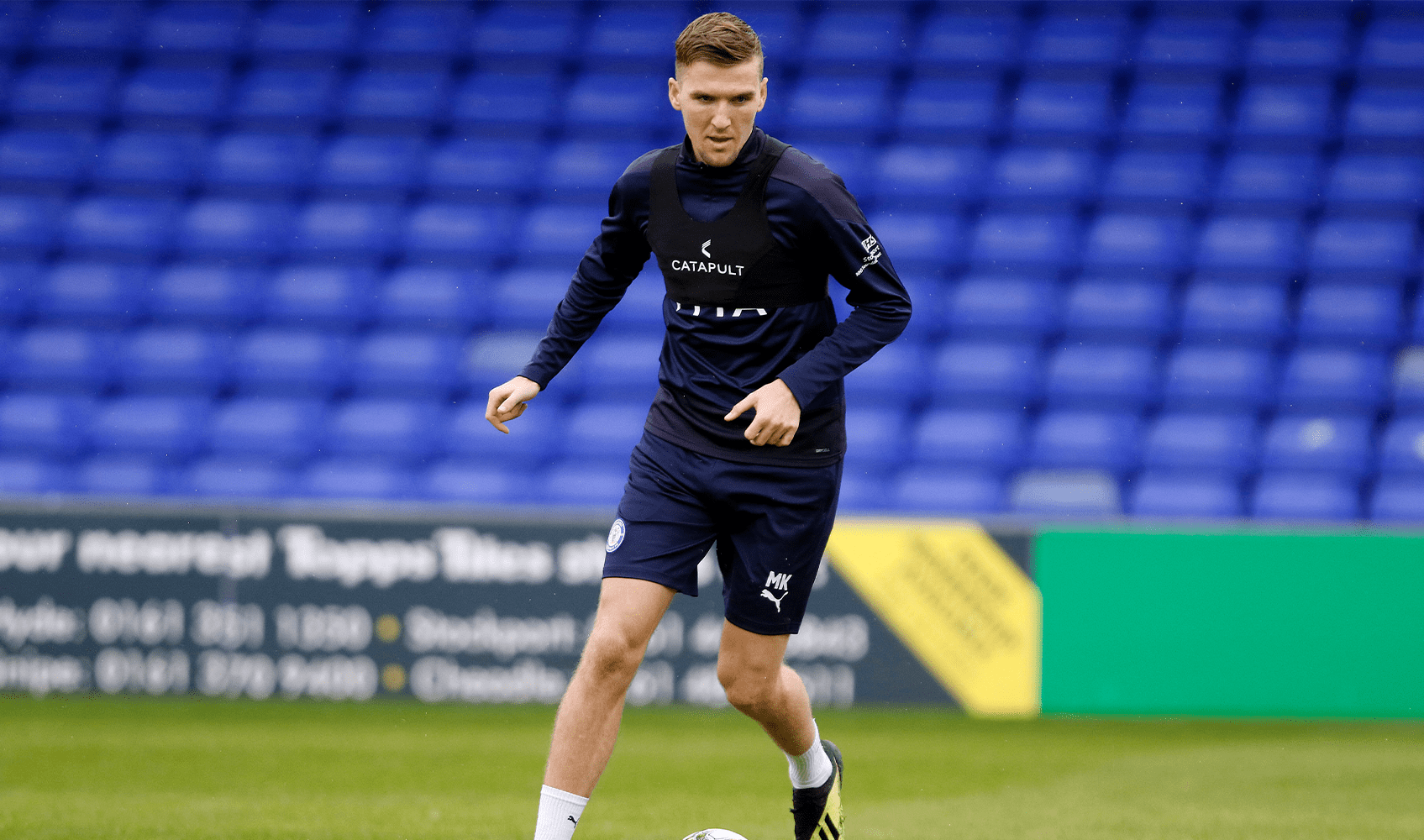 New signing Mark Kitching gives his first interview as a Stockport County player following his move from Hartlepool United over the Summer.

Speaking after completing his first week of pre-season training, Mark described the move to Edgeley Park as a ‘no-brainer’, expressing excitement after talking to Jim Gannon and Simon Wilson about the long-term ambition of the Club.

He was quick to discuss his own personal ambitions whilst at the Club, wanting to be part of a winning team aiming for promotion to the Football League, wanting to play a key role over the next three years and beyond.

Describing himself as capable both going forwards and defending, he touched on what County fans can expect from him down the left-hand side, with his versatility allowing him to play at left-back or further forward in midfield.

You can hear all of that from Mark, and much more, in the video below: