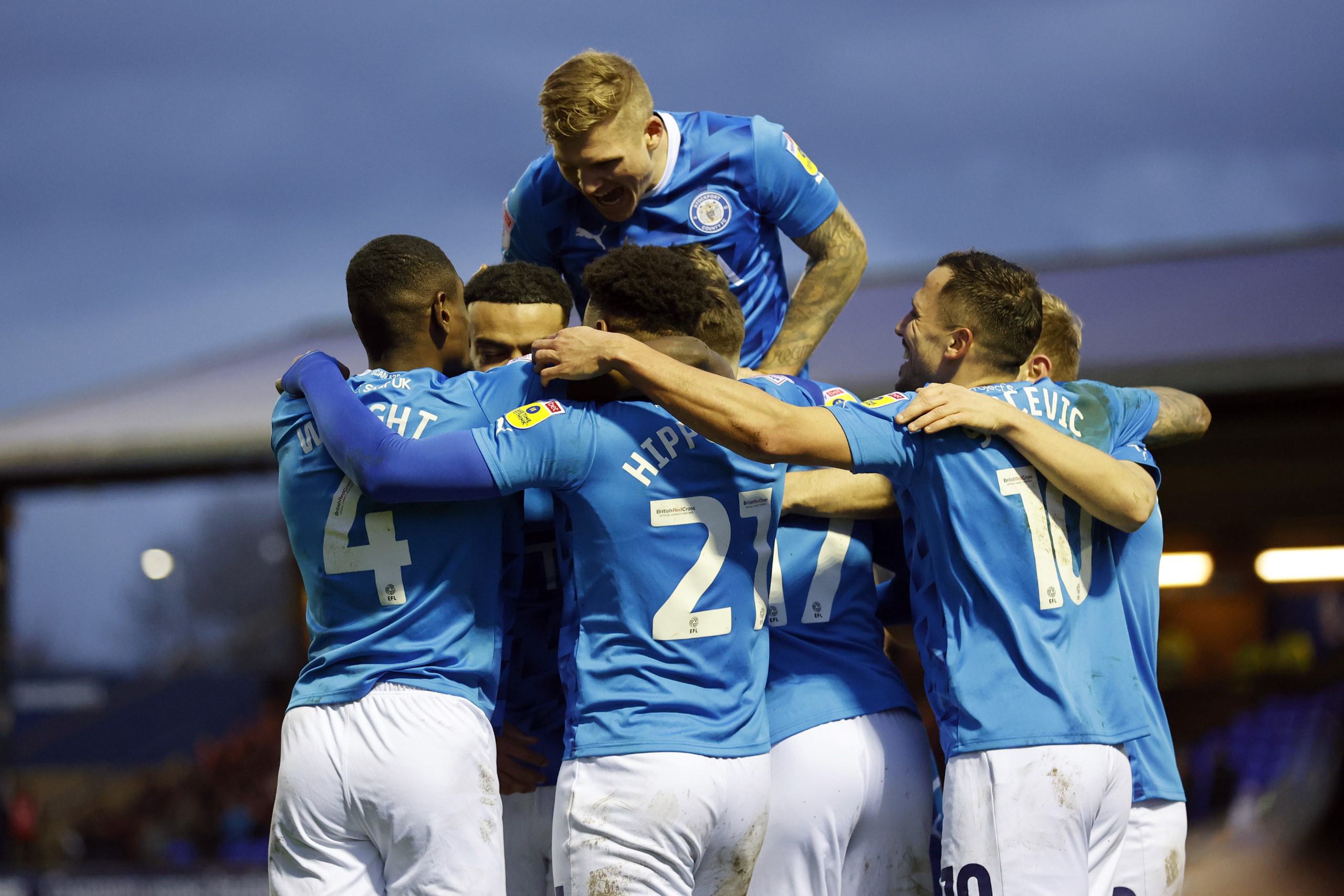 County have the opportunity to move into the play-off places for the first time this season on Tuesday night, as we take on fellow promotion-hopefuls Bradford City under the lights.

Despite the frustration of Saturday’s game at Crewe being called off late in the day, County remain in a promising position in League Two, with all the teams in and around us also seeing their games postponed.

We sit tenth in the table heading into this encounter, three points behind Bradford in the final play-off spot. The two sides immediately above us in the table, Barrow and Mansfield Town, are not in action on Tuesday night, meaning a win against the Bantams would see us climb into the top seven on goal difference, and to within six points of the automatic promotion places with a game in hand.

Bradford, managed by former Manchester City boss Mark Hughes, were set to take on Carlisle at the weekend before that game too fell foul to the weather. Their last game was at AFC Wimbledon over a week ago, a 0-0 draw in which midfielder Jamie Walker was sent off in the second half for a second bookable offence.

Despite a dip in form in recent weeks, they remain firmly in the race for automatic promotion – trailing 3rd place Northampton by six points with a game in hand.

Don’t forget, County fans can now park at the NCP Car Park at Stockport Train Station for a discounted price of just £3 on a match day, via the ParkPass App! Click here for more information.

Coming to the game on Tuesday? Click here to view our Fan Information pack, containing all you need to know ahead of your visit to Edgeley Park.

The County Courtyard is the place to be on a match day for all your pre-match food drink and County chat. Doors open this Tuesday from 6.45pm – for more information on what’s on offer this week, click here.

Bradford were flying high when these two sides met back in October, sitting 12 points above County in 4th, having picked up 21 points from their opening 11 games of the season – an average of 1.9 points per game.

Dave Challinor’s side upset the form book that day however, as Paddy Madden’s first-half penalty earned County their first away points of the season, inflicting a first home defeat of the campaign on Bradford in the process. The result lifted us to 16th in the table, with Bradford dropping down to 6th.

It was a win that sparked a real turnaround in the season for County, who currently sit top of the League Two form table over the last ten games with 22 points. Bradford, by contrast, sit 13th in that form table having picked up 14 points from their last ten.

Their immediate reaction to that defeat was actually positive, as they went six unbeaten in League Two with three wins and three draws. Three successive defeats then followed however, against promotion rivals Northampton, Leyton Orient and Carlisle, and Hughes’ side come into this encounter with just two wins from their last seven league outings.

Their home form has been an issue at times this season – they have the fourth-best away record in the division after Leyton Orient, Northampton and Salford, but sit 11th in the home form table. This was highlighted by a frustrating 2-1 defeat to bottom of the table Rochdale at Valley Parade a fortnight ago.

There is still plenty to be optimistic about however, as they remain in touch with the top three despite that drop off in form. They have been proactive in the transfer market too, with five incomings and five outgoings since the window opened.

Former Premier League striker Matt Derbyshire, who worked with Hughes during his time as Blackburn Rovers manager, has joined on a short-term deal. The 36-year-old was most recently playing for Indian top-flight side NorthEast United.

Defender Tolaji Bola, winger Thierry Nevres and striker Dara Costelloe have all been brought in on loan, from Rotherham United, West Ham and Burnley respectively – both Bola and Derbyshire are still waiting to make their debut since joining.

Experienced former Middlesbrough and Leeds United midfielder Adam Clayton has also been brought in from Doncaster Rovers, with the 34-year-old possibly in line to make his debut on Tuesday night.

Bradford do boast one of the most prolific frontmen in League Two amongst their ranks, in the shape of Andy Cook. The former Tranmere Rovers man has scored 13 goals in League Two so far this season, with only Sam Hoskins and Kristian Dennis scoring more in the race for the golden boot.

He comes into this game on a barren run without scoring though, having failed to find the net in his last seven appearances – a run stretching back to November. It is form that has seen him drop out of the starting XI in recent weeks, named on the bench in each of Bradford’s last four games.

How they miss his goals. No other player in the Bradford squad has more than three in League Two this season, with second-top scorer Tyreke Wright having been recalled by parent club Aston Villa last week, to be sold on to Plymouth Argyle.